Spotlight On: A Soldiers Life in World War I 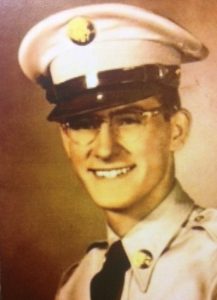 Daniel Kelly idolized his oldest brother Charles, a World War II Medal of Honor recipient. At the age of 17, with his brother signing for him, Daniel joined the army and was sent to Korea. On November 26, 1950 Cpl. Kelly went missing in action, never to be seen again. In 2002 his remains were discovered and, after a 15 year identification process, returned to his family for burial with full military honors in the National Cemetery of the Alleghenies on September 8, 2017. Visit Soldiers & Sailors beginning on September 12 through the end of the month to learn more about this story and view photos, medals and coffin flag donated to the museum by the Kelly Family. Also, please note that September 20, 2019 is National POW/MIA Recognition Day.